353 was one of the last year's chairmans chosen charity. 353 was set up in memory of their son who was the 353rd solider to be killed in action during the Afghanistan war. The money that they raise is given to other militry based charities which help wounded service men and women either by helping to redevleop their homes or by simply providing them with slippers, PJ's and a toothbrush when rushed injured to hospital.

Last year under Ben's guidance Wythall YFC put on numerous charity fundraising events over the year, including raffles, a frog racing night, and our annual doo 'Bash on the Boarders'. We were fortunate to have a talk from 353 at last nights meeting where we were told the story of how and why the charity was formed and what it does to help wounded service men and women. Ben Smalley then presented Sandra from the 353 Charity Trust with a cheque for £500 on behalf of Wythall YFC! Every little helps and it is great to help give back to those who serve their Queen and country. Thank you to all our members for all their hard work charity fundraising last year! 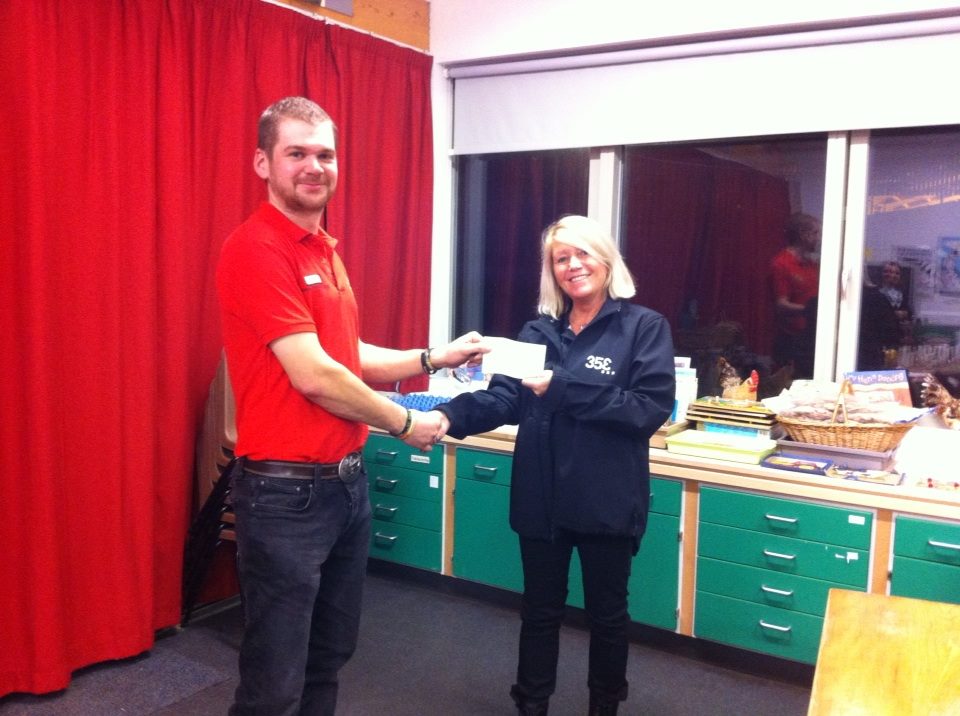