Wythall YFC held their fun filled new members night last night at Mount Pleasant School Farm. The committee firstly introduced themselves to the new members before Gill, County's field officer, gave a presentation showing everyone what Young Farmers is all about and the amazing opportunities it offers. A quick club meeting was then held before the fun and games started.

The first game we did was a general ice bracker 'the toilet roll game'. Standing in a circle everyone took whoever much toilet roll they wanted. Each person then had to introduce themselves and state a fact about themselves for each piece of toilet roll they had. Some of the lads definitely regretted taking so much then! The second game was then more fun and messy; the 'no hand eating challenge' where members in team had to race to eat a donut each and then three crackers. The circle game was then played to help develop team work within the group. Standing in a tight circle people randomly held hands with people in front and to their sides. They then had to untangle themselves, working together as a team, in order to return to a large circle without breaking the link. It is fair to say this was met with varying degress of success due to one member (Edd cough cough) deciding to make things particularly difficult and awkward! A balloon race and party ring and straw race were also played with great enthusiasm.

Wythall may be a smaller club this year, however last night showed that we will be a strong one! Everyone had a great time and the evening was a great introduction to Young Farmers for the new members. 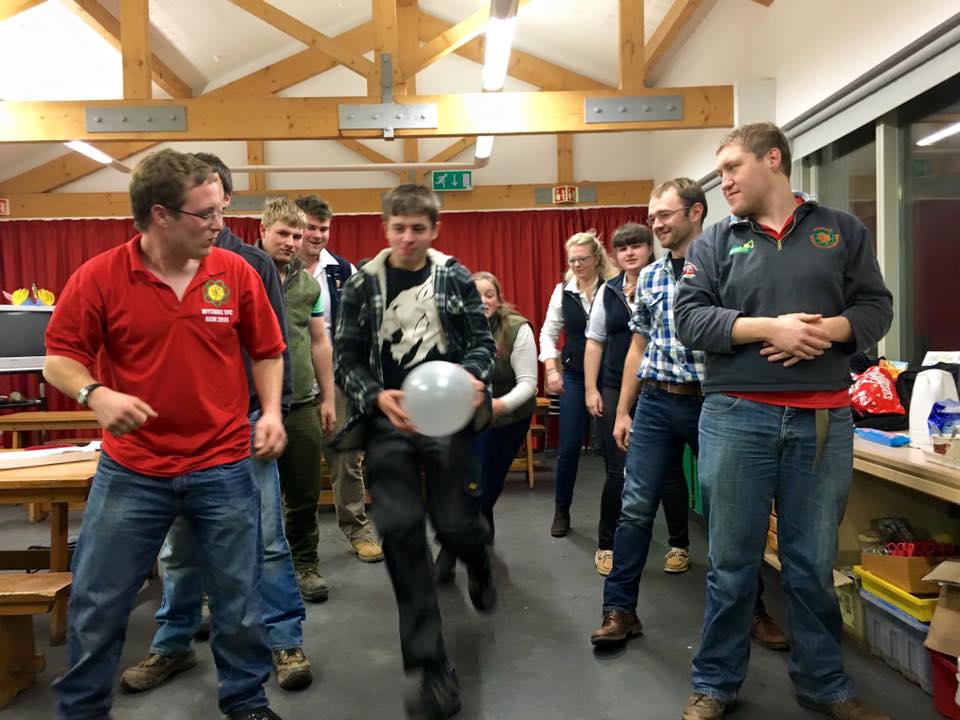 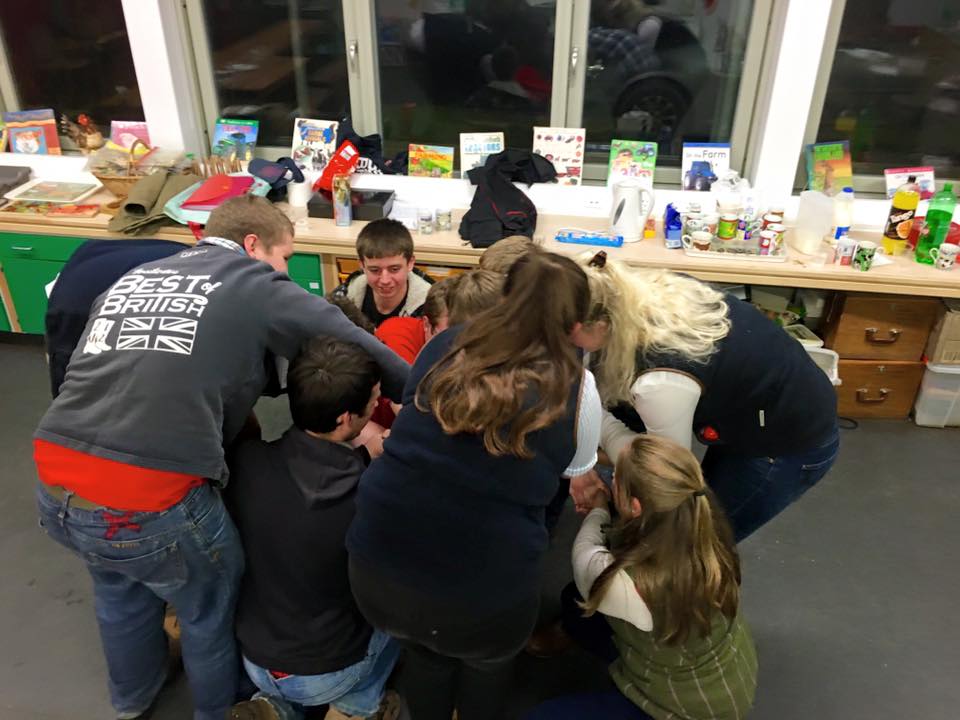 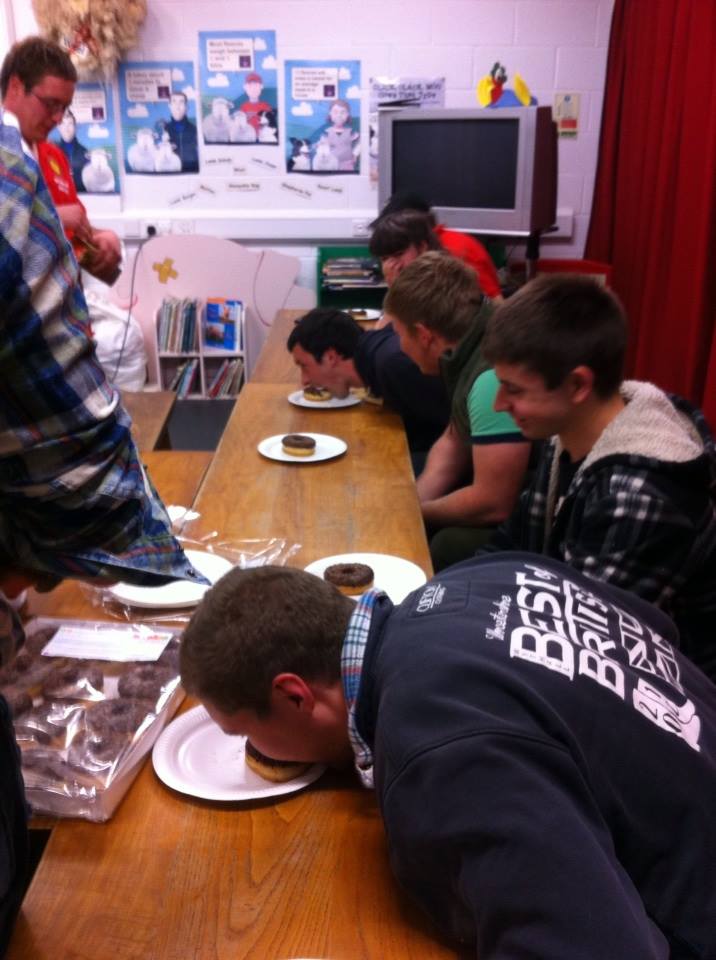