More than 60 Worcestershire young farmers and the NFU were at an event which focused on safety and preventing deaths on the county’s roads.

The young farmers, aged between 14 and 26, were at the workshop at Great Washbourne, near Evesham, earlier this week (April 15) for a series of demonstrations and talks to help keep them safe on the road. 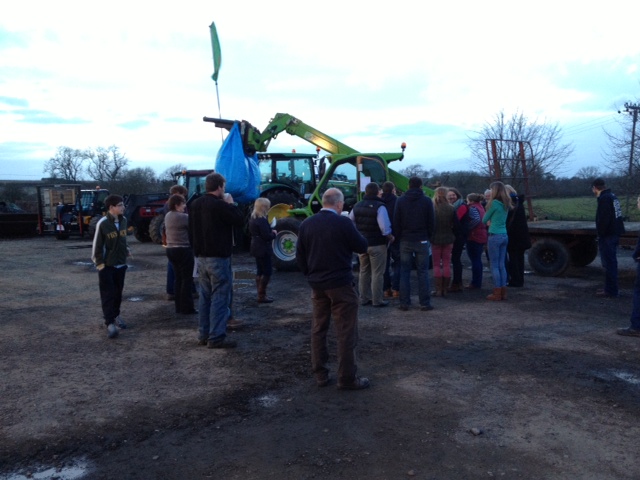 The Association of British Insurers says drivers aged 17 to 24 are responsible for a disproportionately high number of crashes, deaths and claims.

Tom Worthington, chairman of Upton on Severn YFC, organised the event which involved the Safer Roads Partnership and was hosted by agricultural engineering firm Albutt Limited.

Gary Ford, NFU Worcestershire county adviser, said the event was specifically designed to show youngsters how dangerous our roads are.

He said: “The event featured Casualty-style re-enactments of the consequences of speeding, drink driving, driving while using a mobile phone, showing off to friends   and other causes of life threatening and life changing accidents.

“The unintended consequences of causing death by dangerous driving and the impact on families were part of the hard hitting message given by the Safer Roads Partnership.”

The NFU also gave a presentation on the law applying to the safe use of agricultural machinery on roads ahead of a busy period for the industry.

Tractor speeds, weights, flashing beacons and mud on road were all discussed as part of the workshop.

Safe use of large farm machinery on busy, narrow country lanes was a key part of the presentation alongside minimising disruption to other road users.

Part of the evening also featured a hands-on practical approach to identifying defects on machinery that have the potential to increase the risk of accidents.

Tom Worthington said: “While the messages were hard hitting and at times upsetting it was exactly what the group needed to hear to make them take note.

“I have spoken to farming friends since the workshop and they all told me they learnt something from the night and it will make them safer drivers.”

Mr Ford said the union was also working hard with the industry to inform drivers of agricultural machinery law.

He said: “We’ve been doing this to reduce the number of road traffic accidents involving agricultural machinery and generally improve safety.

“Farm machinery is getting bigger and faster and our roads are getting busier with motorists, cyclists and others.

“Provided everyone is alert and respects each other then together we can make Worcestershire roads safer.”