Welcome to our new County Chairman

The meeting saw a packed room come to hear retiring chairman Will Parry's review of the year and to welcome in Chris Acock as the County Chairman for the 2017-2018 year.  As well as the appointment of new officers the meeting was a chance to celebrate the year and the achievement of so many members and present awards to those who had made outstanding contributions as part of their year.

Chris a farmer and heardsman, who has been in YFC since 2012 has been a member of Upton upon Severn Young Farmers' Club and held numerous roles their before becoming involved at County level and taking on the role of vice-chairman last year.  Chris was wished well by retiring Chairman Mr. Parry and handed the chain of office. 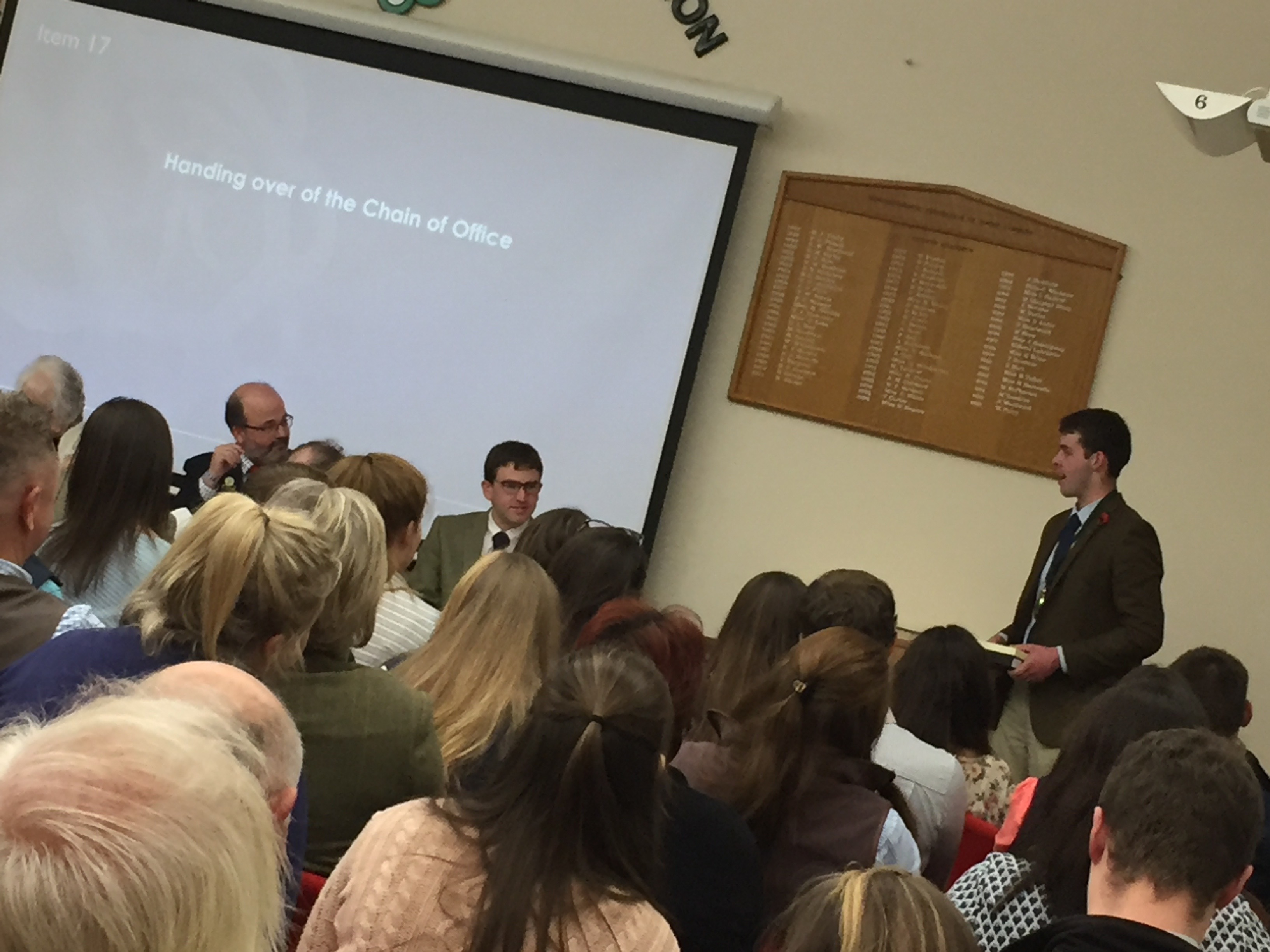 The meeting also awarded a Live-Vice Presidency to Mr. David Pardoe, who has been a long standing supporter of WFYFC, including being County Chairman twice and holding the role of building trustee for the Federation.

A great tribute to the Young Farmers' Clubs movement for this year was the calculation and announcement that among our 9 clubs in the County they raised and donated to other charities: £21,865.

Other awards made on the evening:

Chairman of the Year - Rachel Gilder - Upon upon Severn YFC